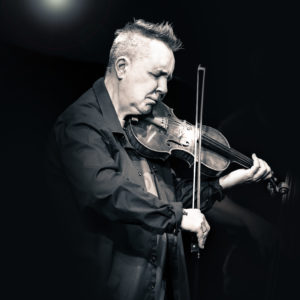 The concert program includes powerful, enchanting and tasty songs written by Gershwin and “Magician of Lublin” – the latest string composition written by Kennedy and inspired by “The Magician of Lublin” by I.B. Singer in which the artists use the sounds that flow from classical music to jazz and Jewish notes in order to catch life, colors, and moods of the past world of Jewish towns thriving in the old times in Poland.

Nigel Kennedy for more than twenty-five years, he has been recognized as one of the most excellent violin virtuosos around the world. His unique talent and charisma brought a breath of fresh air and a new perspective on the classical and contemporary repertoire and made Kennedy’s albums best-selling records of classical music. The artist has a truly impressive discography with multiple awards and his first landmark recording of Vivaldi’s Four Seasons earned a place in the Guinness Book of Records as the best-selling classical work of all!

Nigel Kennedy has a unique way of attracting global media and his output includes many varied TV performances. Many times, he performed both in public and privately for the members of the British Royal Family. His career includes countless international tournée with the biggest world orchestras and conductors in Europe, North, Central and South America, Asia and Australia.

The artist is the winner of many awards and prizes, such as Artist of the Year, Classical Brit Award for the outstanding contribution in the British music, French TV Vivement Dimanche Golden Award, several Echo awards, American Grammy award, German Bambi award and Golden Rose from Montreux as well as the highest Austrian distinction in classical music, Amadeus award.

The stage on Grzybowski Sq.