American “one-woman show” about Israel’s iron lady, the prime minister Golda Meir with Ernestyna Winnicka playing the main part and directed by Marta Miłoszewska. The play not only tells the story of the life of Golda Meir, her journey from Milwaukee to becoming a Prime Minister of Israel but also introduces and explains one of the most fascinating careers of the 20th century. But above all, it is a story about the emancipation of a woman who decided to go against the world of men. 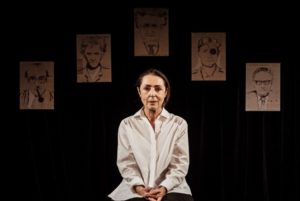 The Small Stage of the Jewish Theatre, 35 Senatorska St.

Supporting event organized by the Jewish Theatre in Warsaw