During this year’s Festival, we will see the best performances of the Jewish Theater in Warsaw, including “Just like the old cabaret”, “The Calendar Girl”, “PeKiN”, “Tonight: Lola Blau”, “Ginczanka. Let’s go away from here” or “Golda’s Terrace” in an overview, it will also include the cabaret shows on the summer stage and the Danish music show “Job – A Simple Man”. The 17th Jewish Culture Festival – Singer’s Warsaw will take place on 22-30 August 2020.

The stage performance by the Danish theatre OFF OFF/PRODUKTION “Job – A Simple Man”
directed by Rolf Heim, will be presented on August, 25th in Warsaw’s Łowicka Cultural Center.

Witty jokes and intelligent humor together with the musical roots that are deep in the Eastern European klezmer tradition accompany the story of “Job” focused on the emigration of Mendel Singer, a Jewish teacher, who moves from his home in a small Russian village to the “new world” in Manhattan, New York at a time when the world is on the verge of World War I. It is a deeply fascinating combination of music, story, and drama. The play bases on Joseph Roth’s story, one of the key stories in the world emigration literature, which hasn’t aged at all. 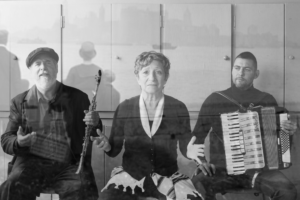 For her role of Mendel Singer and his whole family in the performance of “Job”, the famous Danish theater and film actress Ina-Miriam Rosenbaum was awarded the most prestigious prize in Danish theater – The 2018 Reumert Award for the Best Actress.

Stage shows by the Jewish Theatre

Singer’s Warsaw Festival is a perfect opportunity to see the productions of the Jewish Theatre.

The guest stage of Kwadrat Theatre will host “Just like the old cabaret” directed by Gołda Tencer. The Jewish Theatre will welcome you to Warsaw’s pre-war cabaret with chansonniers, dancers, and comedians. We like what we know that is “tour de chant” full of hits and monologues from those times. And just like in a pre-war Warsaw, Polish and Jewish repertoire will bring together: “Brunetki, blondynki”, “Ta mała piła dziś jest wstawiona”, “Majn jidisze mame”, “Chiri bim, chiri bom” and many, many, many more… 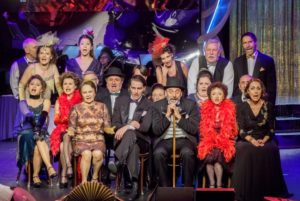 On August 26 and 27, the stage in the Arsus Cultural Center will host “The Calendar Girl” directed by Marcin Sławiński, a hit comedy written by Daniel Simon from whom Woody Allen learned his comedy tricks. It’s a funny story about an engaged couple, told in the context of learning the Jewish religion and painstaking studies of the Jewish customs conducted by the main character’s fiance who wants to convert to Judaism. 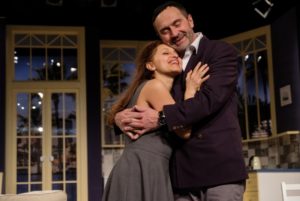 Also, the repertoire offered by the Small Stage looks very interesting, this stage has been named in honor of Szymon Szurmiej and is located at 35 Senatorska St.

“Ginczanka. Let’s go away from here” directed by Krzysztof Popiołek, scheduled to be presented on August 26, is a musical-poetic story about the short life of the talented Zuzanna Ginczanka, a poet who lived in the short period between the two great wars and who, although very young, was already recognized and appreciated by Gombrowicz, Tuwim and the Scamandrites.

The role of Ginczanka is played by Ewa Dąbrowska, who is accompanied by live music performed by Andrzej Perkman. Ginczanka, who has become an icon in recent years, will return several times during the Singer’s Warsaw Festival. 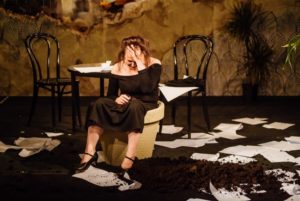 “Tonight: Lola Blau” by Georg Kreisler with Andrzej Ozga’s songs, directed by Lena Szurmiej, it is the smallest musical of the world, a nostalgic yet full of black humor story about the love for the stage and the difficult life choices that were faced by many Jewish artists of the 20th century. The story of fascism as it is being born and becoming more clamorous; told in excellent cabaret songs and lyrics.  The title role is played by Monika Chrząstkowska. She is accompanied by Rafał Rutowicz, actor, and Jacek Mazurkiewicz playing the double bass. The show will be presented on August 28. 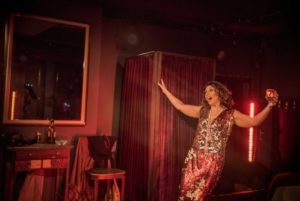 On August 23, the Festival will feature one of the latest productions of the Jewish Theatre – “Golda’s Terrace” directed by Marta Miłoszewska. The Polish premiere of the play by William Gibson, the American monodrama about Prime Minister Golda Meir, the longest-played “one-woman show” on Broadway, took place on November 8, 2019, and Ernestyna Winnicka played the role of “Israel’s iron lady”. The play not only tells the story of the life of Golda Meir, her journey from Milwaukee to becoming a Prime Minister of Israel but also introduces and explains one of the most fascinating careers of the 20th century. But above all, it is a story about the emancipation of a woman who decided to go against the world of men.  Golda Meir speaks having the perspective of her whole life, but as she plunges into the past, she keeps falling into the very center of history, also the History, and rules the world again. 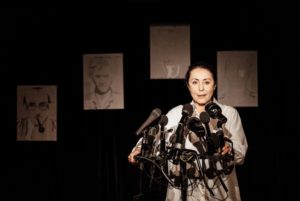 The climate of the pre-war Warsaw and the city’s most famous building are the heroes of the stage show “PeKiN” directed by Agata Biziuk and produced in cooperation with Paphema Theatre. The play “PeKiN” tells us the history of the building and at the same time of the history of Poland in a broad context – sociological, aesthetic, and emotional. This show is a journey in time and space, guided by the Wind of History, where the exhibits are people, sculptures, and ghosts. 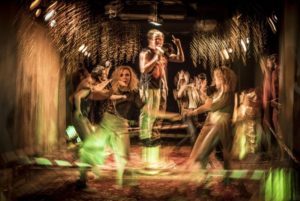 It is a story about a certain stance on communism and transformation, about fears and complexes, fulfilled and unfulfilled dreams, and about the fact that Polish-Jewish relations are an important element of our collective identity. The performance, in the convention of a stylistic collage, shows the phenomenon of the Palace of Culture and Science in all its complexity. During the Singer’s Warsaw Festival the show “Pekin” will be presented twice on the stage on August 30.

The Summer Stage at 35 Senatorska St. will host cabaret shows, performative readings, and recitals presented by the actors of the Jewish Theater, as well as concerts and meetings with Festival’s guests.