The story of the town of Ger and its residents over 130 years… In the 19th century, Ger (that is Góra Kalwaria) was a thriving center of two religions, catholic with many monasteries, churches, chapels, and Judaism. Ger became one of the most important centers of Hassidism in Poland. In the second half of the 19th century, followers of Tzadik Itzhak Meir Rothenberg started to come to the town and this is how the dynasty of Alters started…

On a freezing, February night of 1941, they were all taken to Warsaw ghetto and then to Treblinka. This is where 3270 Ger’s Jews died. Only a few survived. Alter Dynasty ceased to exist in Poland. 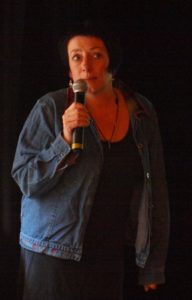 Hanna Kossowska studied art history and ethnography as well as painting and graphics. Actress, painter, mashgiach and the Jewish culture activist. For many years, connected with festivals: Singer’s Warsaw in Warsaw, Zbliżenia in Gdańsk and Jewish Culture Festival in Kraków.

Event organized in cooperation with the BookBook bookstores