Lecture: MIRIAM AND THE ANGEL OF DEATH, that is Peretz in Opera House | Bella Szwarcman-Czarnota

This lecture is part of the series “Jewish Literary Salon” 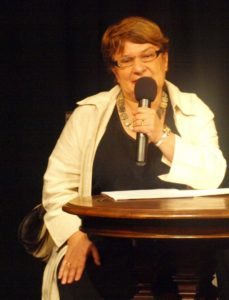 Yiddish culture and literature has often drawn from the surrounding cultures and literatures. The classical Yiddish writer, I.L. Peretz went to opera and he particularly liked and valued Wagner’s opera “Tannhauser.” Maybe many will find it a little bit strange because of the German composer’s unfriendliness towards Jews. And yet, Peretz used the legend of the knight, poet and Tannhauser singer in one of his most original short stories, “Mesires Nefesh.” In his work, he has prized the ethical values of Judaism, replacing Tannhauser knight with the Yeshiva student, Khanan and the goddess Venus with the girl, Miriam.

Basing on the story, Peretz Raymond Scheindlin and Lee Goldstein composed the opera “Miriam and the Angel of Death.”