Screening of: “In the name of their mothers. The story of Irena Sendler” directed by Mary Skinner 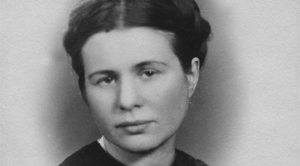 The real story of Irena Sendler (1910-2008) and the group of young Polish females who risked their lives to save Jewish children from the Warsaw Ghetto. In this documentary, 95 years old Irena Sendler and her colleagues, those who were saved and social activists and historians tell the secrets that were hidden for so many years.