The play takes place in Warsaw, both in 1940 and today. The framework that pins together the dramaturgy is the legend about ghetto’s cartographer or in fact about the Old Man and a Girl who together create a map of their own world that keeps shrinking to fit the final borders. Bianca who arrived in Warsaw with her husband, a diplomat, tries to discover the truth about the map (has it really been drawn? did the Girl survive?). This trip is supposed to be an antidote for the stay in London that ended with the death of their daughter. “Therapy” is successful. Interestingly, Blanca faces her loss by confronting herself with the war trauma of another nation (she is Spanish) and a different cultural and religious circle (she is not Jewish).” [Kamila Łapicka]

Organized in cooperation with Cervantes Institute in Warsaw; co-financed by Acción Cultural Españiola 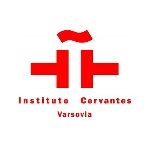 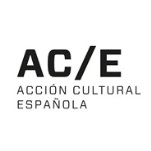