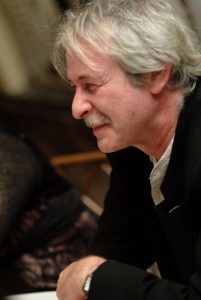 Jurek Dancyger – March emigrant, born in Łódź, since 1968, he has been living in New York. During the 1960s, he was a promising composer, his songs were sung during student festivals, winning many awards. Composer of music scores for the poems and texts written by Tuwim, Lorka, Baczyński. One of his most interesting “jobs” includes recording pilot of the solo part for the melody for “Lalka” directed by Wojciech Has. However, as he says after the years: “Don’t try to find my name in the movie’s credits (“Lalka”) by Wojciech Kilar, the film score’s main composer. We need to remember that it was 1968…”