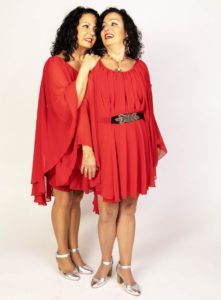 The Rajfer Sisters, i.e. the twins, Czesława and Zofia Rajfer, were born in Poland but in 1990 they moved to Israel where they live now. They have been performing in the US, Canada, UK, France, Greek, Germany, and Italy. Popular, charming artists with a lot of appeal and temperament will present their songs in Yiddish, Hebrew, Gypsy, and Polish

Tickets, PLN 15, available: in pre-sale – in the ticket office of the Cultural Center in Góra Kalwaria, 9 Białka St. and at biletyna.pl; directly before the concert – in Uciecha cinema theatre’s ticket office.