On Sunday, March 21, 2pm EST, the Marlene Meyerson JCC Manhattan (with lead sponsorship from The National Yiddish Theatre Folksbiene) will spearhead a global presentation of the 2nd annual virtual Third Seder, to celebrate the inspiring Passover story as well as the worldwide revival of Yiddish culture. 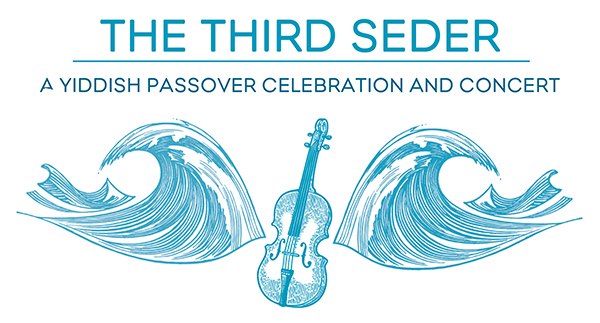 The Third Seder will feature performances by leading Yiddish music and theater stars from the United States, Canada, the United Kingdom, the Netherlands, Germany, Scotland, Australia and Israel. It is co-sponsored by many of the world’s most prominent Yiddish cultural and educational institutions including but not limited to The Forward, The Yiddish Book Center, Ashkenaz, KlezKanada and others.

A global audience of thousands will again log in to celebrate Passover with a unique re-telling of the Passover story, interwoven with the eternal Jewish striving for freedom, dignity and equality, as told in the thousand year old language and culture of Yiddish.

“Telling the story with Yiddish songs and poetry brings our history alive,” says the events chief organizer  Rabbi Avram Mlotek, who leads the Base Community and is the rabbi in residence at the Marlene Meyerson Jewish Community Center in Manhattan. “Since Passover is not till March 27th, we hope this virtual offering which is airing a week before the holiday, will allow people from Melbourne to Manhattan an opportunity to incorporate songs or poems from our seder into their own family Passover celebrations. Though we can’t gather in person physically, we can still come together virtually,” Mlotek said.

The Third Seder follows a tradition begun in the 1960’s by young survivors of the Holocaust who strove to express their communal resilience and that of their beloved mother-tongue in a unique stage performance by the Yiddish cultural luminaries of the day.  Those Third Seders often took place in the Grand Ballroom of the Waldorf Astoria Hotel, under the auspices of the Workers Circle/ Arbiter-Ring  and its visionary Education Director Joseph Mlotek.

In April 2020, as the world sank into the frightening reality of the pandemic and the isolation it inflicted on communities and individuals, Rabbi Avram Mlotek, the grandson of Joseph Mlotek, initiated the first online Yiddish cultural Third Seder, with the same motivation that drove his “zeyde” to uplift his community in the face of suffering and existential challenge. Rabbi Mlotek, with his cousin and longtime concert producer, Moishe Rosenfeld, quickly assembled actors, musicians, and activists, and oversaw an innovative international collaboration that attracted 20,000 viewers (17k on Facebook, 3k on Youtube), and was welcomed as a bright light of hope and resilience in the dark days of illness, loss and despair. Related press here.

A year later, as we continue to battle the pandemic, and as some rays of hope begin to shine through the darkness, a cast of brilliant Yiddish artists has once again been assembled to tell the story of the Jewish People, its moments of liberation from bondage, its resilience in the face of inquisitions and pogroms, its resistance to the genocide of the Holocaust, its continued determination to flourish as a nation in Israel, and as a culture around the world.

To register for this free concert, please sign up here: https://mmjccm.org/programs/third-seder-yiddish-passover-celebration

The following are the organizational sponsors of the 2nd Annual Yiddish Cultural Third Seder: