This meeting is organized as part of the series “Jewish Literary Salon” and hosted by  Remigiusz Grzela, excerpts from the book will be read by Evgen Malinowski 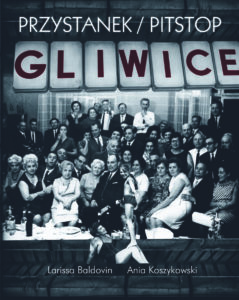 The book/album tells the story of Jewish residents of Gliwice who tried to find their place in post-war Poland for about two decades. Most of them were born on the territories of the 2nd Republic of Poland and survived in the Soviet Union and reached Silesia as repatriates. Not all of them had long-terms plans connected with Poland. Gliwice was just a place of rest in their journey to Israel, America or Australia. There were also those who initially planned to spend a few weeks at Kłodnica River and in the end stayed there for years. March’68 events made all the protagonists of this story realize that Gliwice and Poland were just a stop on their way. The way of wanderers and cosmopolitans who struggle today to answer the question about their home and homeland. Their stories are illustrated by hundreds unique, never published before photographs that came from the private collections.

The book “Przystanek/Pitstop Gliwice” is the result of 9-year long work done by the author. It comes in two parts: the first one focuses on historical facts of 1945-1970 and the second features letters, sometimes heartrending, sometimes funny but always perfectly illustrating the spirit and emotions of the time. It was published in Polish and English.