Meeting dedicated to the first Polish publication of the book written by the remarkable Israeli writer who died two years ago, Nava Semel entitled “And the rat laughed” will be hosted by professor Stanisław Obirek

Meeting with the translators: Joanna Stoecker and Michał Sobelman; special gusts from Israel – the author’s family.

Excerpts will be read by Sławomira Łozińska and Włodzimierz Press 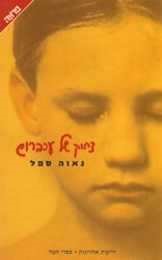 “And the rat laughed” is a well-regarded story in five parts focusing on the little girl who is hiding in a dugout during the Holocaust time. The story was adapted for the stage as opera with music composed by Ella Milch-Sheriff (co-production of Cameri Theatre in Tel-Aviv and Israel Chamber Orchestra). 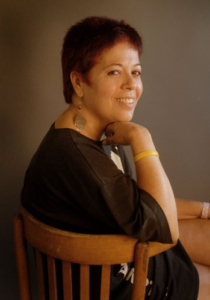 Nava Semel, a multi-awarded artist, one of the first artists who investigated the experience of the victims of Holocaust “the second generation” in her works. Her stories were adapted as radio shows and screenplays of TV shows and theatre shows. In 1996, Nava Semel was awarded by the Israeli Prime Minister for her achievements in literature and in 1994 she received the Mediterranean Female Writers prize in France. She was also awarded the title the Woman of the Year in Literature by the City of Tel-Aviv (2007). Semel was a member of the Massuah Board of Directors – Institute for the Study of the Holocaust and the Foundation for the Holocaust Victims. She was also a member of the Management Board of the Yad Vashem Institute.